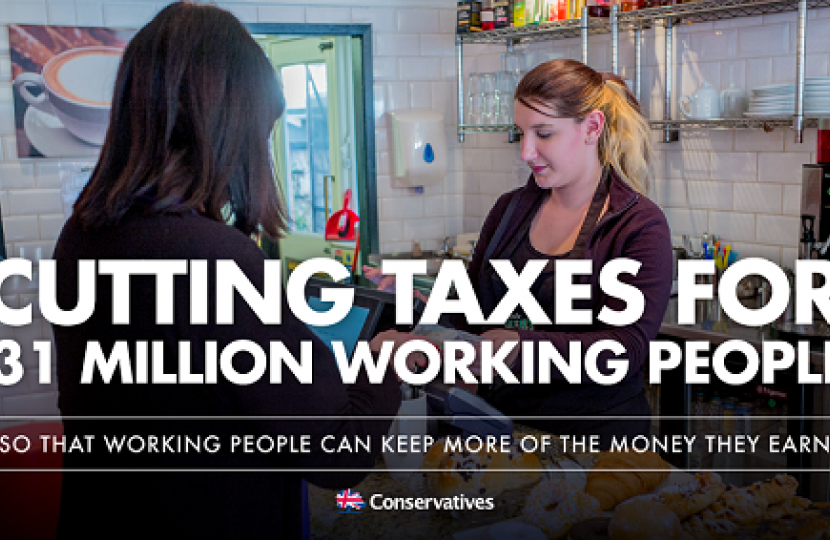 We are cutting taxes for working people so they can keep more of the money they earn. From April next year the tax free personal allowance will rise to £11,500, a tax cut for 31 million people that means a typical basic rate taxpayer will be paying over £1,000 less income tax then when we came into government. The higher rate threshold will also increase to £45,000, a tax cut of over £400.

The British economy is stronger because we confronted our country's problems and took the difficult decisions, but we now face a dangerous cocktail of global risks. Britain is well prepared to handle this challenge, but only by acting now so we don't pay later.