Our raison d'être is to get Conservative-minded people elected to office in Local Government and Westminster, to serve the community in a pragmatic and effective way. After the local success of the 12th December 2019 General Election which returned Kevin Foster, with an increased majority, there is much to be done to ensure that we can keep on delivering our pledges on a local and national level.

Kevin said, "I am honoured to be re-elected as Torbay's MP with a 17,749 majority and am humbled at the level of support received from my fellow residents.

This result is the largest mandate any MP for Torbay has received since the 1970's and I am grateful to everyone who voted for me.

I would also like to thank the other candidates for the way the campaign was conducted and the courtesy shown."

The full result was as follows:

There has never been a better time to join the party – to help keep up momentum as the party in Government, both locally and nationally. We have plenty of social events to suit all tastes, so why not get in touch and give it a go. Look forward to hearing from you soon - you can reach us on 01803 557753 or by using the form on the Contact page.

If you would like to help fund our campaigning by making a donation please click on the link below to make a donation. 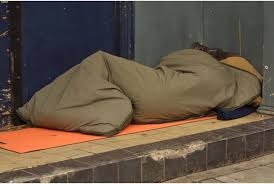 Welcome For £613K To Tackle Homelessness In Our Bay

Torbay’s MP Kevin Foster has welcomed today’s (Monday 23rd December 2019) news of an allocation of £612,974 of Government Funding to Torbay Council for work to tackle homelessness in our bay in 2020/21.

The announcement is part of a £260m funding package being announced nationally to prevent people from falling into homelessness as part of a drive to support people at risk.

After the result was announced, Kevin said,

"I am honoured to be re-elected…

Boris Johnson: Only the Conservatives will protect standards in our schools

A Conservative majority government will give Ofsted greater powers and…

Association Dinner with Esther McVey MP. and Philip Davies MP. at The Livermead…