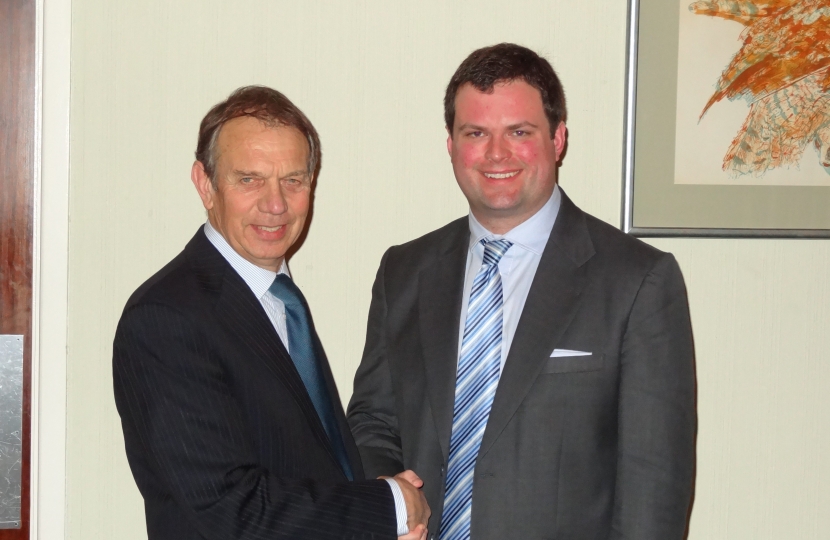 On Monday 25th  February, Torbay Conservative Association selected Kevin Foster as their Parliamentary Candidate for the next General Election, due to be held in May 2015.

Following a short listing process, 130 members of the pubic and Association members gathered at the Palace Hotel in Torquay to pick their candidate from a selection of four.

Kevin was born and raised in Devon, with many memories of time spent in the bay area. Kevin is currently a Councillor on Coventry City Council and has worked in the past as a Criminal Defence Paralegal. Over the last two years he has been splitting his time between Devon and the Midlands due to a close relative being unwell, but will now be looking to relocate to the bay.

Commenting on his selection Kevin Said: “I am delighted to be selected to fight for Torbay at the next General Election. I have many happy memories of time spent in Paignton as a child and of working in the area to help fund my University studies. For me this is not just about a selection, but a homecoming to the county I was born in. I believe the next few years present some exciting opportunities for the bay as a whole, but also a range of challenges. I look forward to working with the Torbay Conservative team to  fight an election campaign based on the positive difference that we can make for local people.”

“I am delighted that Kevin Foster. has been selected as our candidate and look forward to working alongside him in the run up to the General Election. I have every confidence that Kevin will stand up for all Torbay residents and will beat the Lib Dems at the next election.”

"Born in Devon, Kevin grew up in Plymouth where he attended his local comprehensive school before studying Law and International Economic Law at University. He has many fond childhood memories of time spent in the bay area and also a summer working as a delivery driver for Granada TV rental with days spent at their stores in Torquay and Paignton. He joined the party in 1995 and during his student years was involved with Torbay Young Conservatives. His father spent 37 years as a labourer/painter in Devonport Dockyard and his Mother works as a teaching assistant.

Like many others who grew up in the South West, Kevin moved away to pursue his career and has been an elected member of Coventry City Council since 2002. He stood for Parliament in Coventry South at the 2010 General Election. Over the last two years Kevin has been splitting his time between the Midlands and Devon due to the ill health of a close relative. His key policy interests include promoting opportunity, transport and developing an enterprise based economy with the infrastructure needed to innovate."