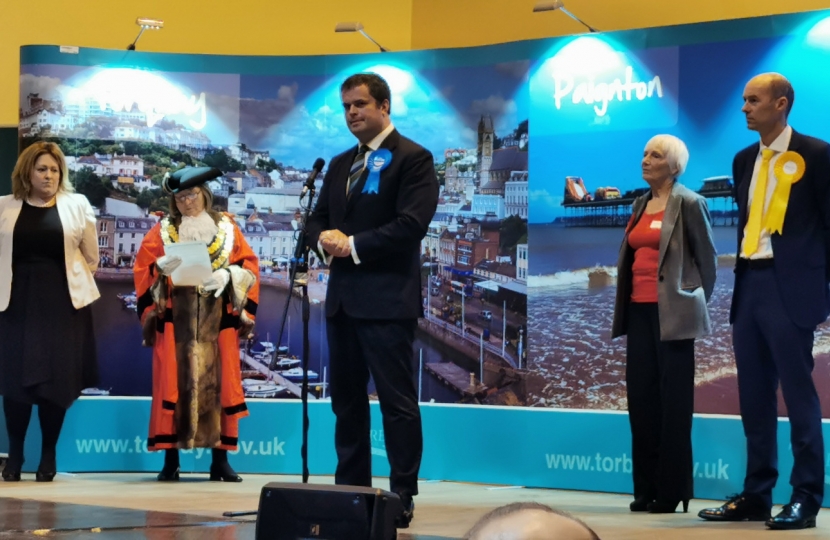 After the result was announced, Kevin said,

"I am honoured to be re-elected as Torbay's MP with a 17,749 majority and am humbled at the level of support received from my fellow residents.

This result is the largest mandate any MP for Torbay has received since the 1970's and I am grateful to everyone who voted for me.

I would also like to thank the other candidates for the way the campaign was conducted and the courtesy shown."

The full result was as follows:

It is now back to work on behalf of our bay with my first Surgery of the new Parliament at 3pm today!