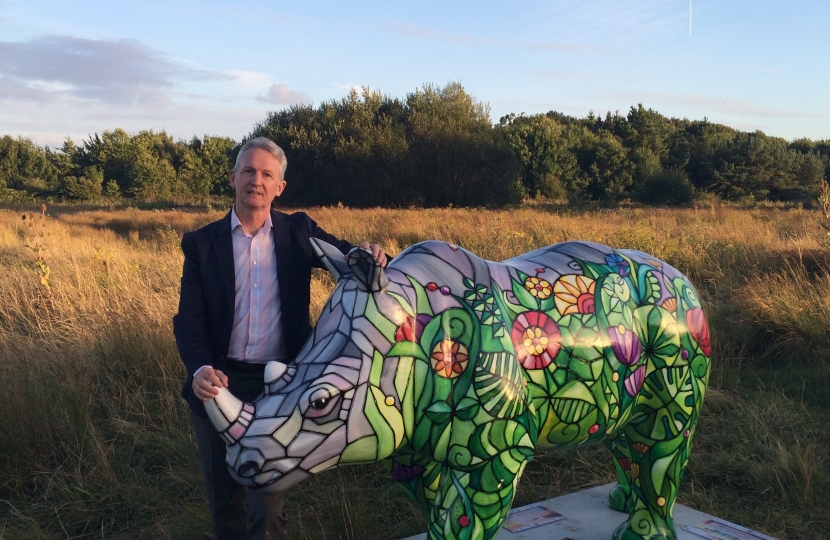 During a recent debate in the House of Commons Kevin asked the  Secretary of State for Foreign and Commonwealth Affairs, "Despite the fantastic efforts of campaigns such as the Great Big Rhinos project run by Paignton zoo, the decline in endangered species across the world is alarming, particularly in the African elephant and the rhino. Given the need for a more co-ordinated international effort to tackle this decline, can the Minister confirm the outcome of the recent Hanoi conference and what action the UK Government are taking in response?"

Boris Johnson Secretary of State for Foreign and Commonwealth Affairs

As my hon. Friend will know, the Secretary of State for the Environment, Food and Rural Affairs has been taking the lead in Hanoi in urging the international community to take tougher measures against elephant and rhino poachers. The figures are heartbreaking. In the late 1990s, there were 1.2 million elephants in the world. In Africa, the figure is now down to 300,000. In fact, it has gone down 120,000 since 2010. It is a catastrophic loss for Africa and for the world, and the UK is leading the fightback. We will be holding a summit on the conservation of endangered wildlife in London in the next couple of years.