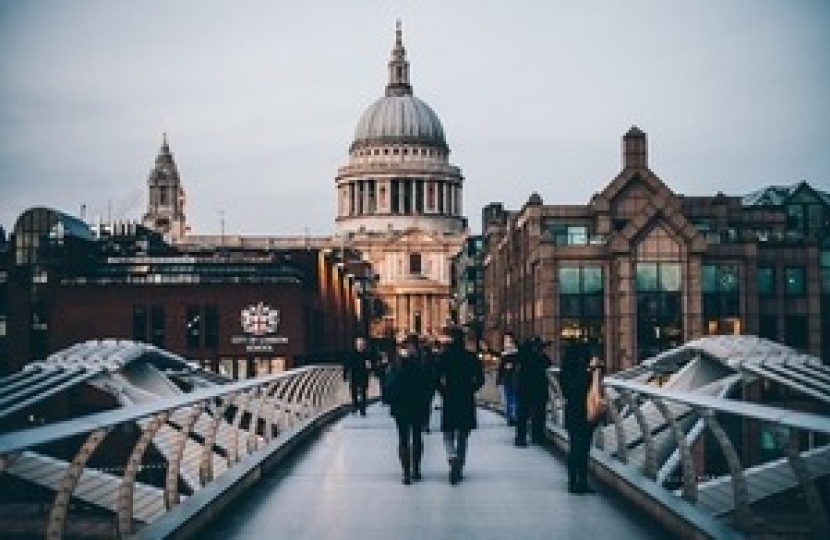 UK Home Secretary Priti Patel will today launch a new points-based immigration system, ensuring that the UK continues to attract the brightest and the best from around the world, including India.

The new Points-Based Immigration System will award points for specific skills, professions, salaries or qualifications/attributes, and visas will be awarded to those who gain sufficient points. The system will provide simple, effective, and flexible arrangements for skilled workers to come to the UK.

The new single global system will treat EU and non-EU citizens equally, giving top priority to those with the highest skills and the greatest talents, including scientists, innovators and academics.

The minimum general salary threshold will be reduced to £25,600 (approximately ₹23.8 lakh), down from the previously proposed £30,000.

The Home Secretary will also announce a reformed Global Talent route. This will include a new fast-track scheme for world-leading scientists, top researchers and mathematicians to come to the UK. This will run alongside the Points-Based Immigration System and will allow a small number of highly skilled workers to come to the UK without a job offer.

The new Points-Based Immigration System is great news for Indian nationals looking to work in the UK. It puts Indian applicants on a level playing field, and prioritises those with the greatest skills and talent – something which India has in abundance.

This news is just the latest example of the UK’s continuing global outlook following our departure from the EU, and further evidence of our commitment to strengthening the UK-India Living Bridge.

Today is a historic moment for the whole country. We will attract the brightest and the best from around the globe, boosting the economy and our communities, and unleash this country’s full potential.

These developments come on the back of the UK’s Graduate route announcement, which will allow eligible international students – including those from India – to stay in the UK for two years after completing their studies to work or look for work. The new Graduate route will be introduced from the summer of 2021. There continues to be no limit on the number of international students who can come to the UK to study.

Indian nationals continue to receive more skilled work visas than the rest of the world combined, accounting for 52% of all Tier 2 visas granted globally last year. Over half a million UK visit visas were issued to Indians in 2019, up almost 10% from the previous year. Tier 4 student visa numbers also increased by 63% last year – almost four times faster than the percentage increase globally.