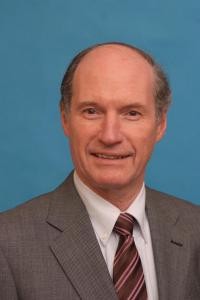 A resident of St Marychurch, was born in London in 1949. He worked in publishing in London and Oxford, and then started his own publishing services company. He later trained as an accountant and bookkeeper.

From London, he moved to Newent in Gloucestershire where he served as a Town Councillor.  ‘As a member of the Planning Committee and Deputy Chairman of the Finance Committee, I was involved in two aspects of life that concern local people, a good environment and a financially sound council'.

Raymond also served as a school governor in Gloucester and at a Church of England School in Pauntley (of Dick Whittington fame).

In 1998 Raymond bought his first property in Torquay. He now says: ‘As a resident of St Marychurch, I am committed to the interests of the local  working community and of my fellow residents. Being a director of a number of local companies, I know the financial problems and restraints facing people and businesses in the area.’Raymond is opposed to the arrival of more supermarket chains: ‘This is something to be fought against,  as we live in an area with an enviable way of life to which many aspire - the combination of  traditional values, and the  range of traditional local shops'.

Raymond is a member of Greenspace Torbay, the Coast & Countryside Trust, and the Torbay and Babbacombe Association of Sea Anglers. ‘I am opposed to any development on Babbacombe Downs as they represent a major asset that needs to be conserved for future generations.’

Having lived and been in business in Torbay since 1962, I have extensive knowledge of the area and of the local affairs of the St Marychurch Ward.  I was elected as a Torbay Councillor in 2007 and subsequently took on the Cabinet portfolio of Adult Social Services and Housing.

The future of Torbay must lie in creating a prosperous economy which will provide jobs and prosperity for a generation to come. In recent years, this Conservative administration has made real progress in creating an “open for business” climate for investors both locally and nationally and the green shoots of recovery are now starting to show.

At the same time, we must never lose sight of the contribution our older people have made to the area and ensure that the services they require, and deserve, are maintained and improved. Likewise, we simply cannot ignore the responsibility we owe to our children to create opportunities for them to live and work in the Bay. I have eight grandchildren living in Torbay and I want to ensure that their future lies here.

I am well aware of the issues that concern residents in St Marychurch – clean streets and public places, anti-social behaviour of all kinds, traffic issues and many others. I am also aware of the challenges facing small businesses in the Ward and will work tirelessly to achieve a more prosperous quality of life for all.