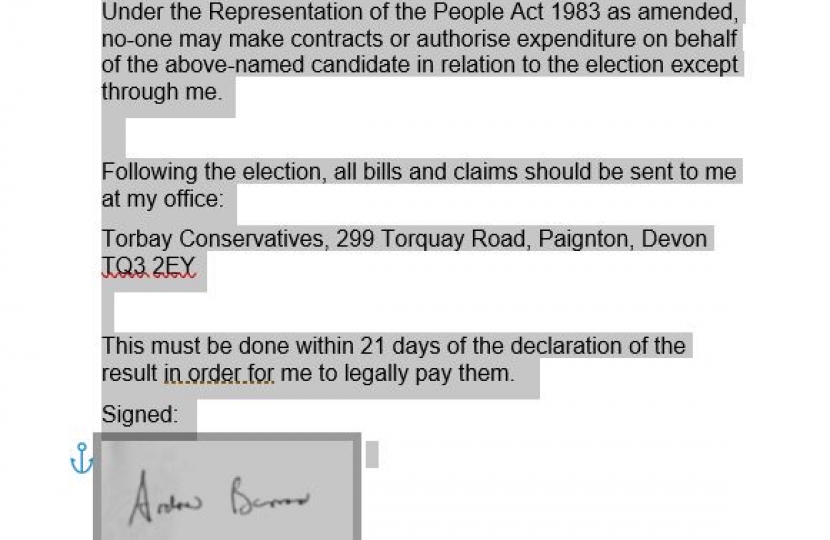 I, Andrew John Barrand, hereby give notice that I am the appointed Election Agent for Kevin Foster, the Conservative and Unionist Party Candidate at the above election.

Under the Representation of the People Act 1983 as amended, no-one may make contracts or authorise expenditure on behalf of the above-named candidate in relation to the election except through me.

Following the election, all bills and claims should be sent to me at my office:

This must be done within 21 days of the declaration of the result in order for me to legally pay them.

Our message to the world: Britain is open for business

Business Secretary, Alok Sharma, writes for City AM outlining the benefits of the new points-based immigration system for businesses.