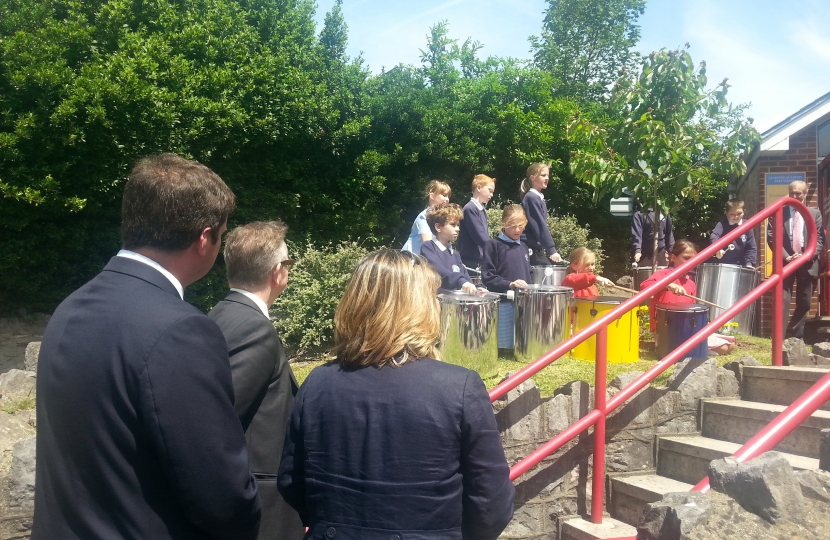 The Secretary of State For Education, Michael Gove MP, visited Ellacombe Academy in Torquay today (Friday 28th June 2013) to see for himself the improvements made by a local school since its conversion to academy status.

The partnership has worked to improve standards and create an environment where everyone is a friend on the journey of learning. Michael Gove was joined on his tour of the school by Kevin Foster, Conservative Parliamentary Spokesman for Torbay,  Gordon Oliver the Elected Mayor and Cllr Chris Lewis, Executive Lead for Health and Wellbeing.

Commenting on the visit Kevin said: “It was great to be able to welcome Michael Gove to Ellacombe, particularly in the week when the Government confirmed that spending on schools would be protected in real terms. Ellacombe Academy has made major improvements since conversion to academy status and has taken full advantage of the opportunities presented by the Government to focus on becoming a school focussed on the achievement of its children. The work of Governors, Teachers and Parents on this journey of improvement has been immense and I am delighted Michael was able to come today to see for himself what has been achieved.”