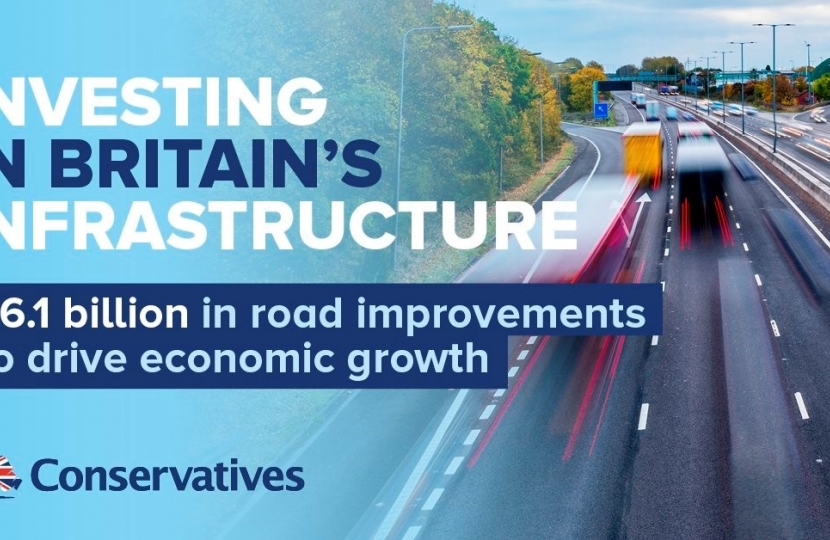 Torbay MP Kevin Foster has welcomed the recent announcement  of a multi-billion pound fund to combat congestion in towns and cities across England.

This cash will aim to improve local roads that were “de-trunked” nearly two decades ago and is part of a fund totalling more than £61 billion to 2020/21 that will upgrade the road and rail network.

With a significant element of the fund set aside for improvements the plan will aim to decongest local towns, create smoother journeys, reduce air pollution and, in some places, create a better opportunity for building the new homes that the next generation need.

The Transport Investment Strategy sets out a new long-term approach for government infrastructure spending, meaning cash will be targeted at projects that help rebalance the economy.  It also features the proposed creation of a new Major Road Network fund, which would see a share of the annual National Road Fund, funded by Vehicle Excise Duty (which restores the link between the amount that people pay in car tax and the amount spent on roads) to end the disparity between Britain’s motorways and local A roads.

Kevin said: ‘The state of our roads is consistently raised with me by local residents, so I welcome the government’s latest step to invest in the future of the road network.

‘I will be making the case to the Transport Secretary to make sure that we get our fair share of the funding here in Torbay, particularly for investment in projects to further improve key routes like the Ring Road.

‘This announcement shows that we are delivering on our commitment to invest in infrastructure to attract businesses and fix pinch points.’